You don’t want the bar rolling back or down during the rep. It stays into positions. The bar is up top. I don’t let it roll back and I don’t push it forward, stays right still the whole set.

When you do the hip thrust, I’m sure you flex a lot. Some people like to put their head back on the bench, try and keep it a neutral throughout this set

if you deadlift with a rounded back or a lumbar flexion, you will eventually hurt your low back. if you hit thrust with a hyper-extended position over and over repeatedly for many years, you will probably hurt your back .

You want to avoid that

When you watch people do hip thrusts the wrong way, their chest come up. What you have to do is to build up the discipline to keep the torso rigid while pushing the hip straight up using glutes

I will do it the correct way

watch my torso in the picture below, all the motion occurs through the hip front if I hyper extend my lumbar spine, you will see how the hip thrust looks like. That is the wrong way…

So the right way is to stay in neutral . Now what about the pelvis so if you come up and I see this this is pelvic posture to

the pelvis and his spine work together. That’s why they call it a hips – they called the lumbo-pelvic hip complex . So if I let the spine going to anterior pelvic tilt, I’m probably going to hyper

You’re using your glutes to prevent that from happening so if you just push through the hips and focus on not allowing that. You won’t be able to come up but as high because poster tilt actually mimics hip extension.

so you have two choices here

#2 => Or kind of poster tilt as you come up and you won’t be able to come up flat as high either way I think is equally as valid. With the poster pelvic tilt, that really prevents that lumbar spine from hyperextending

and I’ve had a couple clients over the last year who initially they said but I feel this in my low back. I said tried this way with the posture pelvic tilt. it’s just slight austere ponytail. they have never had a problem with hip thrusts ever since.

The next thing I want to talk about his is fluidity and full range of motion. I watched a lot of people doing hip on the Internet. Some of them are really done well and some of them are done poorly as bad as a quarter squat or a crappy round back divot .

You want to make sure the hips are controlling the range motion. It needs to look fluid and this is just something you get an eye for.

Great info.  Love your attention to detail and your encouragement as to how much one lets their feet flair.  So many trainers are sticklers on “feet forward!”  – too uncomfortable for me.

I feel my back too much when I go over 200 lbs and I think it’s because of the bench height. Will have to try the aerobic steps. The Rest Pause and American versions might also help me contract glutes even more and go further into PPT.

Why Everything You Know About Hip Thrust …IS WRONG… (P2)
Tagged on: booty workout    butt fat    hip thrust 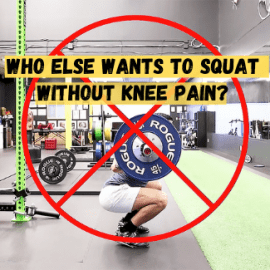 The Real Secret To Squat Without Knee Pain (P3) 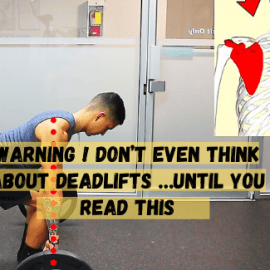 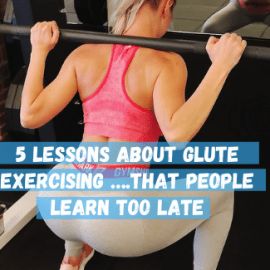 5 Lessons About Glute Exercising ….That People Learn TOO LATE