1. Combine fats and carbs when breaking your fast

and pieces like almonds things like that where there’s a couple grams of carbs from fiber and something that don’t worry about that. When it comes down to just life in general carbs and fats should never be combined

but there’s one glaring problem when it comes down to intermittent fasting.

That insulin is chomping at the bit. it’s there as the carb comes. boom its skyrockets so what that means is when you have that carbohydrate your insulin levels go higher and that means the fat that you are consuming to goes into the cell

You see insulin opens the cell doorway so that carbs can come in but when the door is open fat can come in too. Now I’m a big proponent of good high fat diets but not in conjunction with carbs especially when you break it fast

and it’s so easy when you break up fast – just want to go in like eat a burrito or heat a taco or eat a piece of cake, it’s really easy to want to do that so you have to make sure that you break your fast with either one or the other a fat and a protein or a carbon a protein but not a fat and carb together

it’s an evolutionary process for us. it’s natural if we have a slower metabolism. it just means that we’re adapted to eating less food . it’s not really bad but here’s where it becomes an issue is if you have been progressively fasting and you’ve been increasing your calories because of that

well your metabolism is going to adjust to that and that’s a normal healthy quite advantageous thing until you eat extra calories . you see you’ve been eating a thousand calories a day and then you decided now I’ve got plenty of wiggle room, I’ve been in a deficit for a while

this thousand calorie thing is a deficit so I’m gonna go ahead I’m gonna bump it back up to 1,500 , I can get away with eating more . well your body reset to that 1000 and now that’s the norm so when you do go back to the 12 or 1300, you’re gonna gain weight and you’re gonna gain it fast

and you’re gonna be like … intermittent fasting ruined my body, it broke me,

and even a longer fast improves your metabolism . this study was published the American Journal of Clinical Nutrition. it took a look at subjects particularly lean subjects so subjects didn’t even have a whole lot of fat to burn looked at 11 of them and had them go on an 84 hour fast so it measured a lot of different things over the course of these 84 hours but on days 1 2 & 3 they measured their basal metabolic rate or their resting metabolic rate like how fast their metabolism was at rest

well on day 1 they were at 3.97 kilojoules per minute

then on day 3 they were at 4.5 3 kilojoules per minute

now that’s some complex jargon but all that means is that they had an increase in their metabolism . they burned more calories per minute on day 3 of a fast and they did on day 1 so don’t let people tell you that fasting is gonna slow your metabolism down during a fast

that’s not the case if anything it revs it up why because you have a big increase in adrenaline and particularly nor epinephrine. norepinephrine gets our body temperature up it gets things going

so that is a very very good thing we want more epinephrine. we want a faster metabolism where the problem occurs is how little we eat when we’re supposed to eat

3. Keep your calories up in your eating window

okay so it’s important that you keep your calories up while you are fasting or in your eating window and if you already gone too far, you need to slowly increase them in a very strategic way

and I mean like write them down to where you’re increasing calories 50 calories per week until you’re back where you want to be. That’s about the norm for an average-sized person

if you increase 50 calories per week, you should be able to just get back up to a normal level. Another thing that you can do is if you do not already do a ketogenic diet along with fasting is you can implement ketogenic principles because you will get a little bit more leeway with your calories

it’ll allow you to get your calories up a little bit more without the negative impact of gaining as much fat so you can drive your metabolism, your resting metabolic rate a little bit higher without the immediate fat storage or fat gain

Hay Magic Him: Don’t combine carbs and fat! Me: … slowly sets down my toast with butter

Kevin I was literally eating a sandwich with peanut butter m. Dang it didn’t know

Joel Kisker Fuuuuuuuck…i wish i read this 40 fasts ago 🤦🏻‍♂️

Next => 5 Intermittent Fasting Mistakes that Make You GAIN Weight (P2) 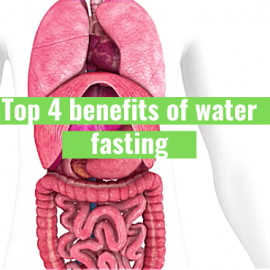 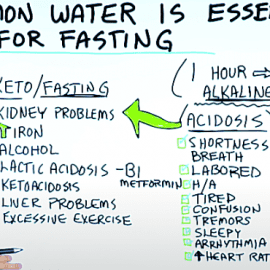 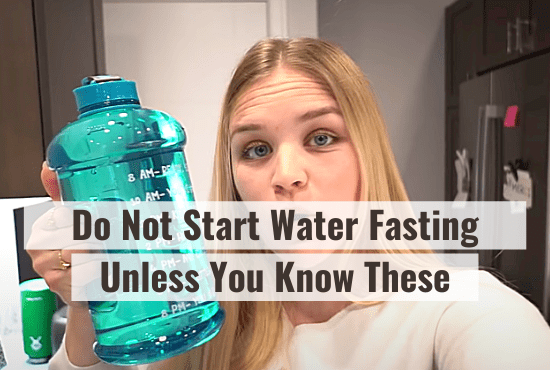